How improvement my health the physical activity? 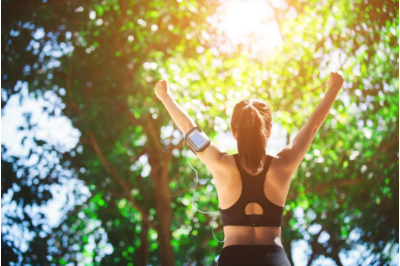 It enjoys the physical activity and suit you good!

To more physical activity better health. Activity and health is an almost inseparable binomial. The physical activity has multiple beneficial effects: rise of the heart expenditure, decrease of the heart rate at rest, improvement of the system of venous return and of the pulmonary ventilation, rise of the basal metabolism (minimum calorie consumption to live), of the consumer spending of bodily fat, of the intestinal movement and of the production of heat.

The physical activity prevents the loss of bone mass thanks to the tension that muscles practice on bones, provided that a muscular fatigue is not produced that it finishes causing joint, bone or muscular injuries. With the exercise also increases the muscular tone and force, which it contributes to the good state of muscles, that they will contribute lumbar protection and they will promote the stability of the column.

However, the physical activity must conform to individual criteria of intensity and of time. Some people that do too exercise in order to achieving a great muscle growth of the normal thing or that they carry out sport practices of constant way and excessive can finish generating a physical dependence and emotional of the physical activity and putting on approval constantly its body

Get around to breathe better 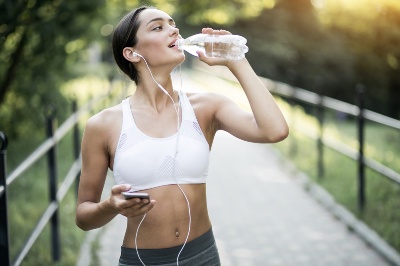 Get around to breathe better. The regular physical activity has beneficial effects on the various body systems, above all on the respiratory system, since improvement the pulmonary ventilation, and on the system cadiocirculatorio, because it decreases the heart rate at rest and improvement the system of venous return. With it improvement also the oxygenation of the organisation's cells, especially that one of the muscular ones, which consequently is contributed to the training and to the tolerance of the physical activity.

Maintain an adjusted weight to the height. A caloric excessive allowance without enough physical activity generates overweight or obesity.

The excess weight, in addition to take away agility, transmits a build-up in tension and from the pressure to the joints of the muscular and skeletal system, with harmful consequences that they can derive in precocious arthrosis and in a great facility for the injuries of the system locomotor.

In turn, the physical activity does that it increases the cellular metabolism, when increasing caloric losses, necessary to go down strong.

It regulates the respiratory efficiency 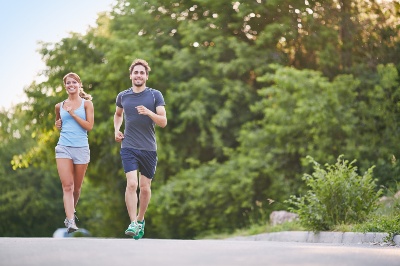 Why is significant correctly breathe?

During any physical activity, the body increases its demand for oxygen to meet new energy demands (oxygen is needed to synthesise ATP -a highly energetic phosphate compound from which the body derives its energy- which is the fuel used by the human body). When the most part of ATP is achieved thanks to the oxygen, is talked of physical activity aerobic, activity that you can carry out during a period of long time since the intensity it is not too high one.

If the physical activity is so intense that, because of energetic heavy demands, does not give time to be acted to the aerobic metabolism, is the metabolism anaeróbico (that which does not use oxygen) the one responsible for to synthesise the ATP, but then the organisation is fatigued quickly and needs to rest to cover the debt of generated oxygen during the physical activity.

The fact that a certain activity is aerobic or anaeróbica not only depends on the intensity but also of the way as is breathed; for example, an old man is fatigued more if it goes strolling and it goes talking all the time that if it is quiet or, in the same way, will be tired more if it is constipated that if it does not be it. In these two cases, the only thing that it has changed is that if speaking or if it is constipated the contribution of oxygen to the organisation has decreased and the metabolism anaeróbico has had more than work which is necessary, which produces one fatigue higher than the normal one.

Thus, the fact of breathing correctly improvement the skills of the person of developing a physical activity in a prolonged way without fatiguing so much.

Additionally one should keep in mind the fact that the fact of breathing allows deleting harmful substances resulting from the cellular activity, as the carbon dioxide. To more intensity great is the amount of substances to be deleted.

The healthy physical activity made of regular way improvement the respiratory efficiency:

The fact of reaching these respiratory profits of the physical activity causes an improvement of the functionality, since you can carry out in a prolonged way activities that earlier you could only maintain during little while because they were too intense ones.

It learns to breathe